The Ancestral Temple of Bruce Lee

The Ancestral Temple of Bruce Lee

In October 2012 I took a group of Feng Shui enthusiasts on tour to Hong Kong and China.  One of the highlights of the tour was a visit to Bruce Lee’s Ancestral Temple and grandparent’s family home.

Firstly, to find the tiny home in the backstreets of Southern China was quite tricky and although we had instructions, our driver had problems, so we went to the Bruce Lee ‘theme park’ to find out:


The entrance has a phoenix on either side; the yang creature that represents the front of any site according to the Four Animals principle.  It seemed odd at first to see this because usually there is a phoenix on the left and dragon on the right (representing female and male, yin and yang, especially for weddings).

However in this case there is an exception.  Bruce Lee’s Chinese screen name, Li Xiaolong (李小龍; is translated as “Li young dragon”).  This name is that which most Chinese are familiar with and is also a term of endearment for Bruce Lee.  As he is already a ‘dragon,’ there is no need to put a second dragon there.


I also thought it curious that the theme park would be designed with a large and beautiful hill on the left hand side, which is the tiger side, and nothing on the right hand side – the dragon side. The tiger and dragon are also another yin/yang symbolic pair.

Then it dawned on me that Li Xiaolong is actually the dragon himself, so there is no need to put any other image of a dragon in the entire theme park at all! 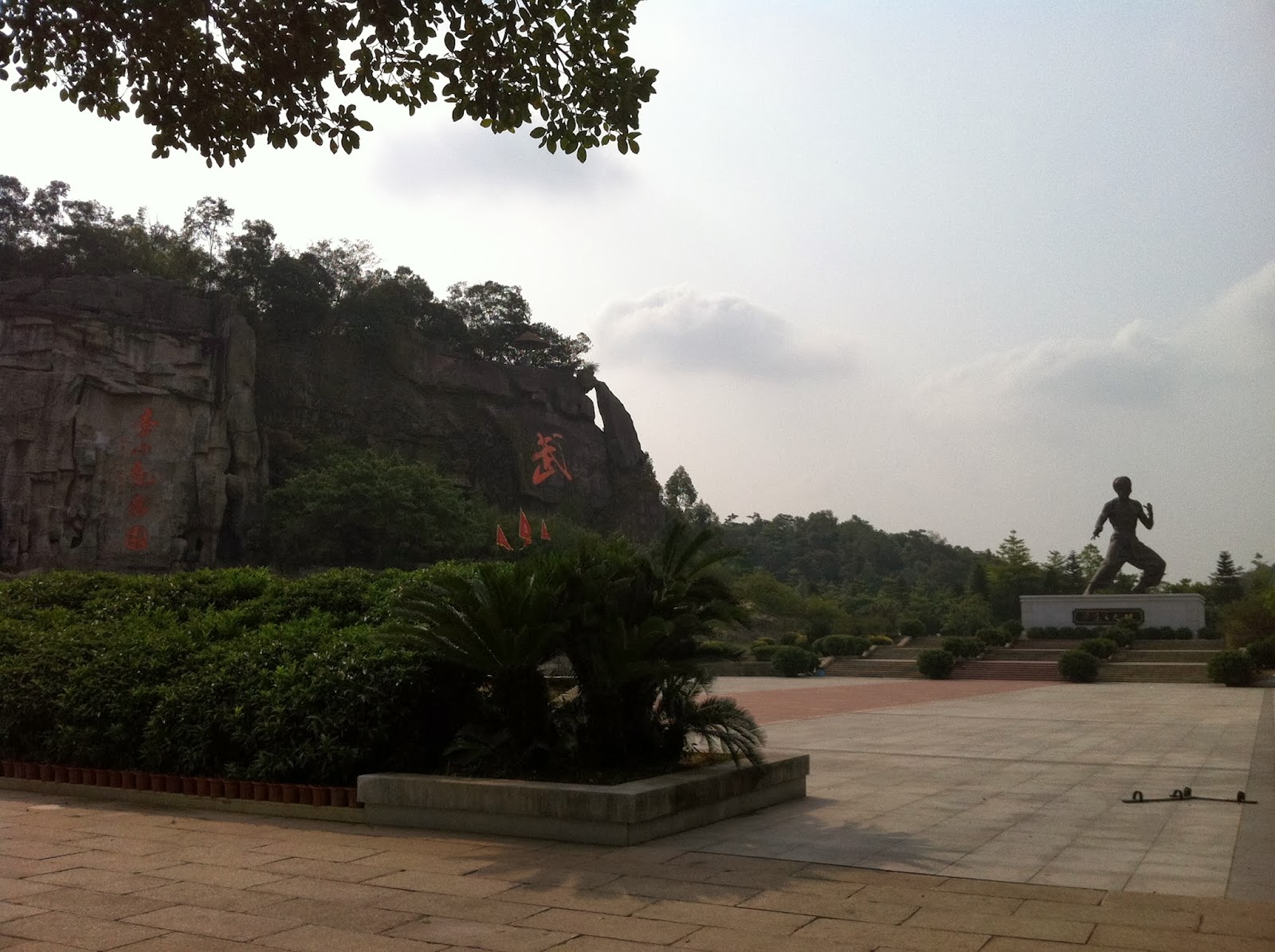 Incredible that although Bruce Lee died in 1973 we are still talking about him today.  He would have been 74 this year.  RIP.

We found a park attendant willing to guide us to the Bruce Lee family Ancestral Temple for 100RMB (extremely expensive, but worth it!).